And it seems someone in the marketing team didn’t get the memo that they’d be updating that video, as the older video is still online on YouTube. It’s not just the official introduction video that talked about the stainless steel. It was also mentioned on the Galaxy Note 10 website, and Samsung has now replaced “high-polish stainless steel” with “high-polish metal.” Nothing else seems to have changed, thankfully, so there’s probably no need to worry that some other advertised features may not be available, either. 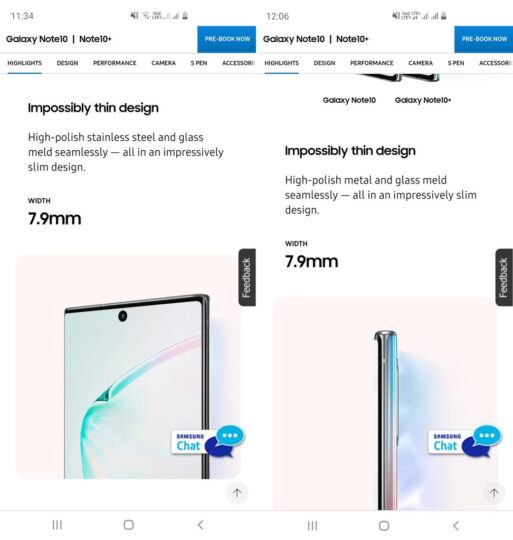 Or at least we hope there isn’t. The Galaxy Note 10 and Note 10+ are already under fire from longtime Galaxy Note fans for stripping features like a headphone jack and then giving unsatisfactory reasons for doing so. The Korean giant also took down some of its ads mocking Apple about forcing dongles and notches on iPhone customers, something Samsung itself is guilty of doing with this year’s flagship devices.

Check out the old and new videos below and tell us in the comments whether you’re okay with having an aluminum frame on the Galaxy Note 10 and Note 10+ or if you would have liked to see stainless steel as Samsung had incorrectly touted earlier.